Stories From The Elections

It’s funny how I’m jumping into the #UgBlogWeek action a day to its end. Maybe it has something to do with the theme this time, “Love and Elections”, and how my love life does not quite connect with it.
Mine was a sole candidature. I presented myself to my wife as the one candidate that has a vision for our future state of affairs. She said yes, and exactly eight months and two weeks later, we are fine. The people are happy! There is no need for any changes in our constitution; we did not institute term limits, we only hold elections when it comes to who is controlling the TV remote and/or who’s turn it is to make breakfast. It works for us (someone should have picked a leaf)!
Anyway, so to show my love for the Elections, I have chosen to share stories I came across during this election week. 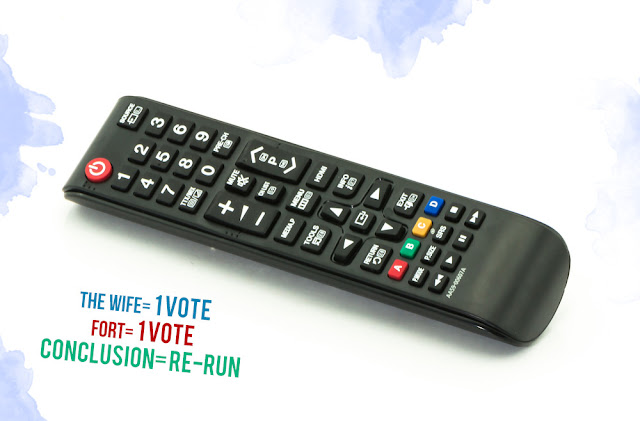 You Have Already used 70% of Your Internet Bundle
With love from Airtel Uganda.

On “election day”, I woke up and loaded an internet bundle, and for about 30 minutes the phone just sat there and looked at me (the kind of looking that the Basoga call okumoga). This never happens. Usually it buzzes with joy, telling me all these beautiful things about, who commented on my post on Instagram, about how I have some new “few followers” on twitter, about how so and so has messaged me on messenger. All this so that I can pick it up, swipe my notifications to oblivion/deletion, put it down, and get back to my awesome life. This time though, no such thing happened.  After staring at it in shock, one little notification came in. You guessed right, “You have already used 70% of…blah blah blah”.  Just then, everyone else in the house started complaining about how their Whatsapp messages were not going through. Then I slowly flashed that “I see what you just did there” grin. Our beloved UCC (Uganda Communications Council) wanted us to spend a day off our phones loving on each other in “real life” as opposed to poking each other on Facebook and Whatsapp. Good on you UCC. I should look forward to this day (in five years), right? 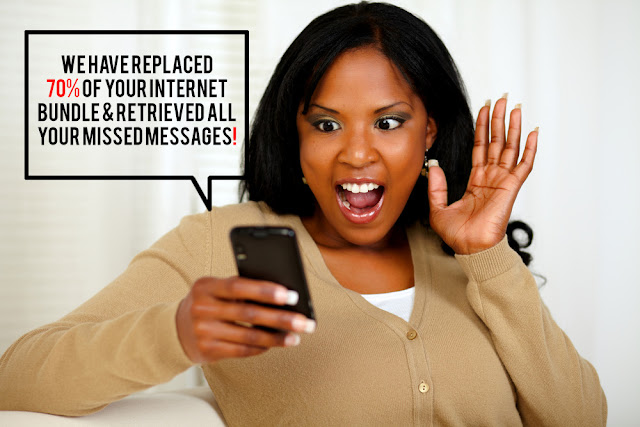 HJ's Lumonde Post
I read this funny facebook post on someone’s wall. And I quote:
“As others are passionately campaigning or waiting to vote, others have run off to areas they didn’t register to vote from. Nolaba lumonde! It’s the same damn thing. Same election results will be declared because of these people. I blame these people running away”
~my facebook friend

After reading this, my reaction was “wait, people went to the village??? Oh mheen! There goes my chance of getting a fresh supply of lumonde”. At this point you can’t even text someone to bring you some as they return to “the town”.
Please note. Lumonde is sweet potatoes. The village is that part of Uganda that is not referred to as Kampala (which by the way is not a collection of huts in a clearing in a thick rain-forest). Just saying...


TV at 1am
So, in a bid to be a responsible Ugandan, on Election night I chose to stay up and “protect our votes”. You know, stay abridge with the numbers.
Who am I kidding? I stayed up to protect my bet. A friend of mine had assured me about why they were not voting. The reason was, Besigye (the main opposition guy) was going to win and Museveni (the incumbent) would be announced winner. According to this guy, opposition would win for most of the day time, then after midnight the incumbent’s percentage win would just soar!
Boy was I glad (when I turned on the TV at around 1:30am) that that bet did not involve money. It was exactly how my friend had predicted (and as I type this, nothing has changed. Time check 8:57a.m. Date 19th February in the 30th year of Museveni). The incumbent has a 60% lead, the opposition following with their 30%, and the rest, with some unfair percentages like 0.38%, 1.2% et al.
I believe in our country’s Electoral Commission (E.C). I just think it’s not fair. You do not announce results in percentages; the actual numbers would sound better. Think about this, 300 votes sounds better than 1% right? Besides, every candidate would then be engrossed in finding that mathematical formula for calculating percentage, and average. By the time they are through, the E.C would have announced the winner, and they wouldn’t be so shocked. I think it hurts to know you’ve lost right from the start! 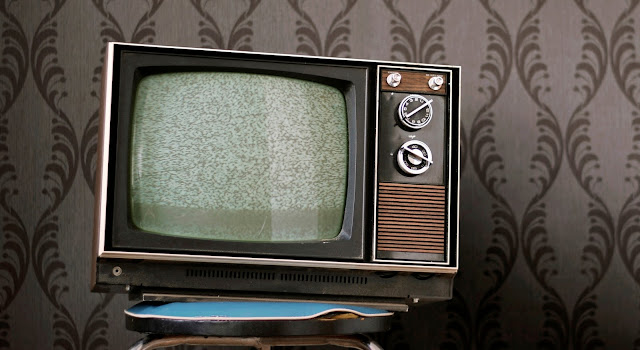 More TV at 1am
What I didn’t tell you is what I else I watched on TV. There was this annoying interview (more like debate) on NTV Uganda. Joel Besekezi and Flavia Tumusiime(NTV journalists) were interviewing a spokesperson for the NRM(the incumbent’s) party. So they ask him if he was excited that they are winning, to which he answers;
“I’m not excited. I know more than you know.”
Huh?
They ask him why there were lines of soldiers patrolling some polling stations;
“Joel and Flavia, you are younger than me. Maybe you didn’t see those bad days… when you see military, you see safety.”
And then when they asked him why UCC turned off social media in Uganda?
“Surely it’s a thing you can forego for a day or two. We’ve lived without social media for quite some time. Social media is a new thing in this country.”
So I decide to flip through channels. And what do I find? The president addressing the press just after he had cast his vote. They asked him what he would be doing as he awaits the results:
“Sleeping... I have not been sleeping. Then tomorrow I will go for my cross country walk, and look at my cows!”
That’s when I saw the wisdom in going to bed also.

Sue Bryce
This week, a photographer friend of mine shared with me a few videos of famed portrait photographer, Sue Bryce. In the videos she speaks about how “self-hate” affected her work. So this is what I learnt.
When we don’t like someone, usually they are mirroring us. That we see something we don’t like about ourselves in them, so we don’t like them. Weird how that works, right? So I put what I learnt in practice. I asked my wife what she sees in me, that she also sees in the one mutual friend I catch myself complaining about on work related issues. Let’s just say that was one enlightening moment. Next time you find yourself wanting to “hate on” someone for no reason, begin by examining yourself.
The other thing I learnt is, half the time, there is no such thing as real fear! That real fear should happen if you’re in real danger. Say a real lion is hot on your heels kind of danger. That half the time what we call fear is ego and self-hate lying to us. We say “I fear to talk to the boss” , “I fear to start this business” , “I have stage fright” and yet, we’re still standing there, alive, in no imminent danger. According to her, that’s the voice in our head that we’ve listened to since our childhood. It tells us to “shut up and sit down” every time we stand up to do something for ourselves. Don’t listen to that voice.
In my conclusion, there really is no fear. 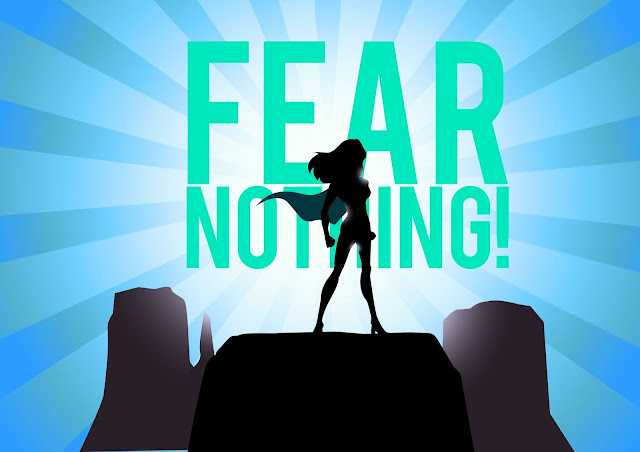 Thankfulness
Did you notice there was a Valentine's day and two day-offs all in this one week?That’s something to give thanks about.
Also, I’m thankful to God that I am alive in this era. I’m thankful for my country Uganda. 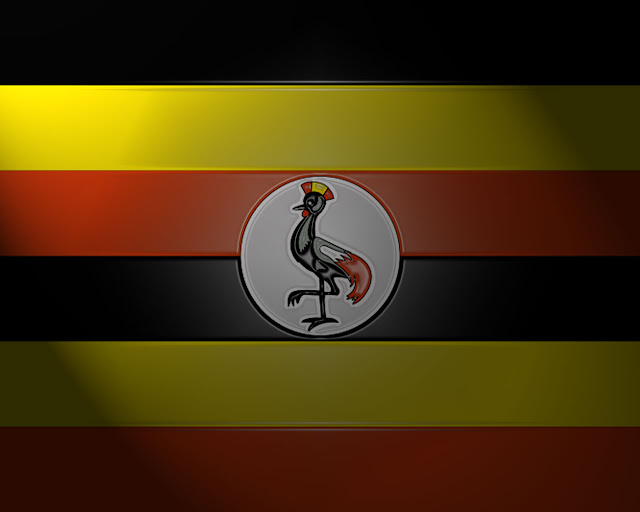